Keeping the Railway Museum on track

Keeping the Railway Museum on track 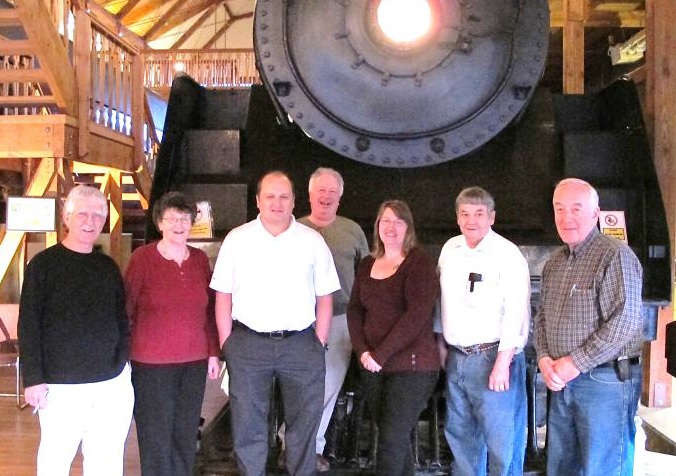 There’s volunteering and then there is leaving a legacy. At the Revelstoke Railway Museum we have been fortunate to have dedicated volunteers step up to many numerous tasks and projects. The past year has been no exception. In fact, the past year has been exceptional – exceptional because in the face of a year of transition our board members buckled down and filled the void. The tragic passing of two dedicated board members as well as the amicable decision of our executive director to move translated into a challenging year for the Railway Museum. Who are these six champion volunteers?

Dean Handley, President of the Board, not only filled the shoes of David Johnson this year but also served as President for over six years at other times in the history of the Revelstoke Heritage Railway Society (1989). Bringing the #5468 Steam Engine from Montreal to Revelstoke in 1993, Dean contributed to the team effort in this project of a lifetime experience.

Roger Eddy always wanted to be an engineer growing up on the farm in Saskatchewan. Although he was not able to be an engineer he is starting his third year as a Board Member, this year as Vice-President. Roger’s knowledge of rail history has been an asset as well as his passion for bringing on new board members.

Don Hawker’s involvement began long before the seventeen years he has served as a Board Trustee. Part of the #5468 relocation team, Don has continued to be involved as the Building and Maintenance committee chair. Don’s interest includes the museum in general plus putting the finishing touches on the David W. Johnson Yard.

Pam Doyle enjoys the people side of the Railway Museum. Beginning her third year as a Trustee of the Board Pam has been valuable in her support of human resources. Pam’s present project is the initiative to move the plaque commemorating explorer Walter Moberly.

George Hopkins became a Board Member three years ago when Ann Merritt cornered him in the gift shop, encouraging him to step up his level of volunteerism. Since 2000 George has been a frequent volunteer, ranging from being the official Railway Days photographer to participating on the Programs and Exhibits committee.

Darryl Willoughby has been involved since the beginning! Advising on the finances for building the museum, Darryl continues to take care of the numbers as the Treasurer. Darryl’s participation on the Board of Trustees began in the mid 1990s. In addition to keeping the museum operational Darryl’s interest includes sourcing a new stream of income to secure this community legacy.
What happens when volunteerism is a success? The credit often goes to everyone but the volunteers. In the case of the Revelstoke Railway Museum we have become “one of the best small railway museums in Canada” and it is forgotten that we are a not-for-profit society run by volunteers. Our volunteer heart, these champions and others, continue to keep the legacy alive.